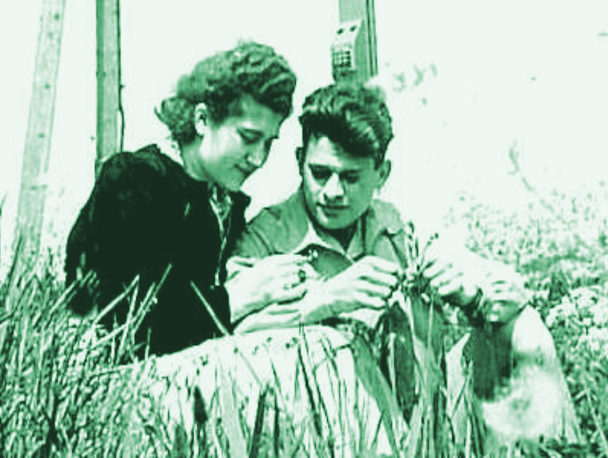 On June 1, 1943, Jules Schelvis, (1921-2016), together with his wife Rachel Borzykowski, her family and 3000 other Jews, were transported in cattle wagons from Westerbork to the Sobibor extermination camp. Almost everyone, including his wife Rachel, was gassed immediately upon arrival.

"It was the last time I saw my sweetheart"

Jules Schelvis was one of 81 young men selected to work as "Arbeitsjuden" in Poland and Germany. After the war he turned out to be the only survivor of his transport. Schelvis spent his life investigating the Sobibor extermination camp and sharing his testimony.

He wrote, among other things, the book: 'A train rode to Sobibor' about the transport to, and the arrival in, Sobibor.

For his services, he received an honorary doctorate from the University of Amsterdam (2008) and was decorated as an Officer in the Order of Oranje-Nassau.In Poland, on October 14, 2013, 70 years after the uprising there, Schelvis was made an Officer of the Order of Merit of the Republic of Poland, in Sobibor.